White Dwarf is Games Workshop's premium Warhammer magazine, packed with amazing content each month such as new rules and background, short stories, regular columns, special guests and more.Here’s what you can look forward to in December’s issue:

Contact!
Letters, questions and painted models from you, our readers, including a whole lot of Kroot and a man with a gardening implement.

Inside the Studio
Check out what we've been building, painting and playing this month in the studio.

WARHAMMER AGE OF SIGMAR
Fantastical Realms – The Eightpoints
Eight pages of useful modelling and painting tips for the denizens of the Eightpoints. Will you heed the call of the Eater of Worlds?

The Spellflux Spire
In this exclusive mini-game, four wizards trapped in a mystical construct must use their arcane might in a battle to escape with their lives.

A Slayer's Quest
How would you like some rules for using Gotrek Gurnisson in Warcry? Well, here they are!

The Tome Celestial – The Emerald Host
Stand not before the Mortarch of Grief, for she will send forth her Emerald Host to claim your eternal soul. Only damnation awaits!

Painting Nighthaunt
It's a stage-by-stage painting guide for the Nighthaunt. What else could it be?

Skies of Slaughter
Ever wanted to fly above the clouds? Well, now you can in this brand-new game. But beware, there are monsters up there!

A Tale of Four Warlords – The Warlords of Vigilus
It's the penultimate outing for our four warlords. What have they been up to this month?

Echoes from the Warp
Alex Tuxford presents new background written by a team of hobbyists at Warhammer Fest.

The Sons of Blood
…a gallery of beautifully painted models.

Painting Flesh Tearers
Two stage-by-stage painting guides for the most violent of all (loyal) Space Marines.

Battle Report – The Relics of Jovandira
The Dwarfers take each other on in a Battle Report. It's the Imperium versus the T'au Empire in a city that's on fire. What could go wrong?

MIDDLE-EARTH STRATEGY BATTLE GAME
The White Wizard
Middle-earth overlord Rob Alderman explains why Saruman the White is his favourite hero, or villain, depending on how you look at it…

WARHAMMER UNDERWORLDS
Glory Points
The Shadespire curse may have spilled into Beastgrave, but this month Dave is taking a look back at one of the original warbands – the Sepulchral Guard. Here, he shows how effective they can be in the new season of the game.

WARHAMMER QUEST: BLACKSTONE FORTRESS
Unleash the Penitent
The Arco-flagellant known as Penitent 707 has been discovered roaming the corridors of the Blackstone Fortress, but can your team of explorers bring the killing machine to heel?

NECROMUNDA
Return to Zone Mortalis
We present new rules for Necromunda, including stairs, elevators and the protein reclamator. Whatever that is…

It's Made of People!
Fortunately, Mark Bedford knows exactly what a protein reclamator is, because he's made one! Be warned, it's pretty gory.

FREE STUFF!
This issue is sleeved and comes with a poster with the playmat for The Spellflux Spire mini game on the reverse, a Necromunda Tactics card and Gotrek Gurnisson's fighter card for Warcry. Inside the issue you'll also find a code to scan in Warhammer Age of Sigmar: Champions to claim a free deck featuring Grombrindal, the White Dwarf. 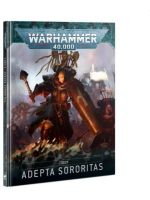 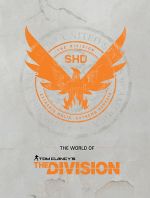